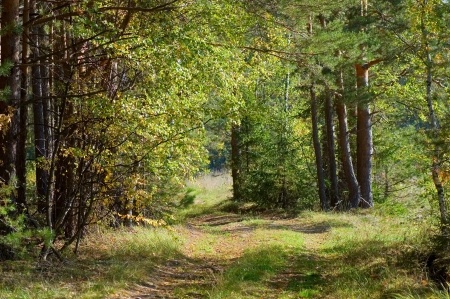 Freya shuddered as she felt the cool air settle around her. The sun was setting in the distance, and it was getting dark.

She had been sitting on the moss-covered rock under the tall pine trees high up in the mountain for a long time now. She didn’t know how long she had been there, but it felt like an age; it must have been several hours, at least.

She felt a deep peace within her, a peace that seemed to include the trees and the rocks and the ground and the sky. It was so beautiful, she didn’t want to move; she wanted to stay in this magical place forever.

But Freya knew she had to go home. Her mother didn’t know where she was, and would be worried about her. Freya also had to have dinner, and do her homework, but homework was the last thing she felt like doing right now.

She thought of the elf she had met earlier that afternoon, of the question she had asked him about the nature of reality, and the answer he had given her.

‘Reality is that which sees but cannot be seen, and knows but doesn’t think,’ the elf had said.

Freya knew the elf had given her something valuable, a nugget of knowledge far more important than anything she could ever learn from homework. She understood, too, that while she had been sitting on the moss-covered rock, beneath the pine trees, she had become that piece of knowledge: she was the reality that sees but cannot be seen, and knows but doesn’t think. She knew this because of the peace and the beauty that filled her and the world around her.

But now, thinking about the elf and his words, she discovered that the beauty and peace were gone. They had vanished into thin air.

How could that be? she thought. Where did they go?

She sat quietly, hoping that the peace and the beauty that had filled her only minutes before would return, but nothing happened. They seemed to be gone forever.

Disheartened, Freya stood up. She looked around at the trees, as if bidding them goodnight, and walked back down the mountain to the bustling town below.

Living Inside Out by Gabrielle Bergan is licensed under a Creative Commons Attribution-NonCommercial-NoDerivs 3.0 Unported License.

Have you experienced deep inner peace and beauty, only to find it disappear, without you knowing why?

It would be great if you shared similar experiences here:)

Return to My Soul There is a world that lies beneath darkness and pain, a world untouched by fear. It is a world of immense beauty, one that offers a different kind of knowledge from that of the rational mind. It is a gentle, peaceful world, powerful beyond measure. It is the world of the soul.

Let the soul be your starting point, and the place to which you always return should you wander away.

Any cookies that may not be particularly necessary for the website to function and is used specifically to collect user personal data via analytics, ads, other embedded contents are termed as non-necessary cookies. It is mandatory to procure user consent prior to running these cookies on your website.