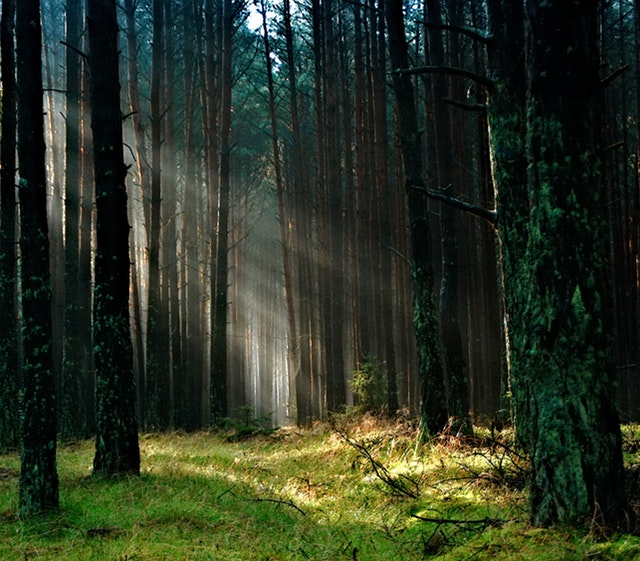 Freya shuddered as the cool air filled the open space around her. The sun was setting in the distance, and it was becoming dark.

She had been sitting on the moss-covered rock under the pine trees high up in the mountain for a long time. She didn’t know how long she’d been there, but it felt like an age. It must have been several hours at least.

She felt a deep peace within, a peace that seemed to include the trees and the rocks and the stars and the whole sky. It was so beautiful, she didn’t want to move. She wanted to stay exactly where she was forever.

But Freya had to go home. Her mother didn’t know where she was and would be worried about her.

Also, Freya had to have dinner and do her homework, but homework was the last thing she felt like doing right now.

She thought of the elf she had met earlier that afternoon, of the question she had asked about the nature of reality and the answer he had given her. ‘Reality is that which sees but cannot be seen, and knows but doesn’t think,’ the elf had said.

Freya knew the elf had given her something valuable, a nugget of knowledge far more important than anything she could ever learn from doing homework.

She understood, too, that while she had been sitting on the moss-covered rock, beneath the pine trees, she had become that piece of knowledge: she was the reality that sees but cannot be seen and knows but doesn’t think. She knew this because of the peace and beauty that filled her and the world around her.

But now, thinking about the elf and his words, she discovered that the reality she had experienced so clearly just moments before had gone. How could that be? she thought. Where did it go?

Her thoughts became muddled. The world had lost its glow.

She sat as quietly as she could, hoping that the peace and beauty would return, but nothing happened.

Freya felt heavy inside. She looked around at the trees, as if bidding them goodnight, and walked back down the mountain to the busy town below.

From the upcoming book, ‘Freya and the Nature of Reality‘.

I hope you like reading about Freya. It’s going to take time to develop this book, but along the way, I’ll share passages here on the blog. I hope you’ll follow along.

I´m an author who writes about enlightenment and the soul